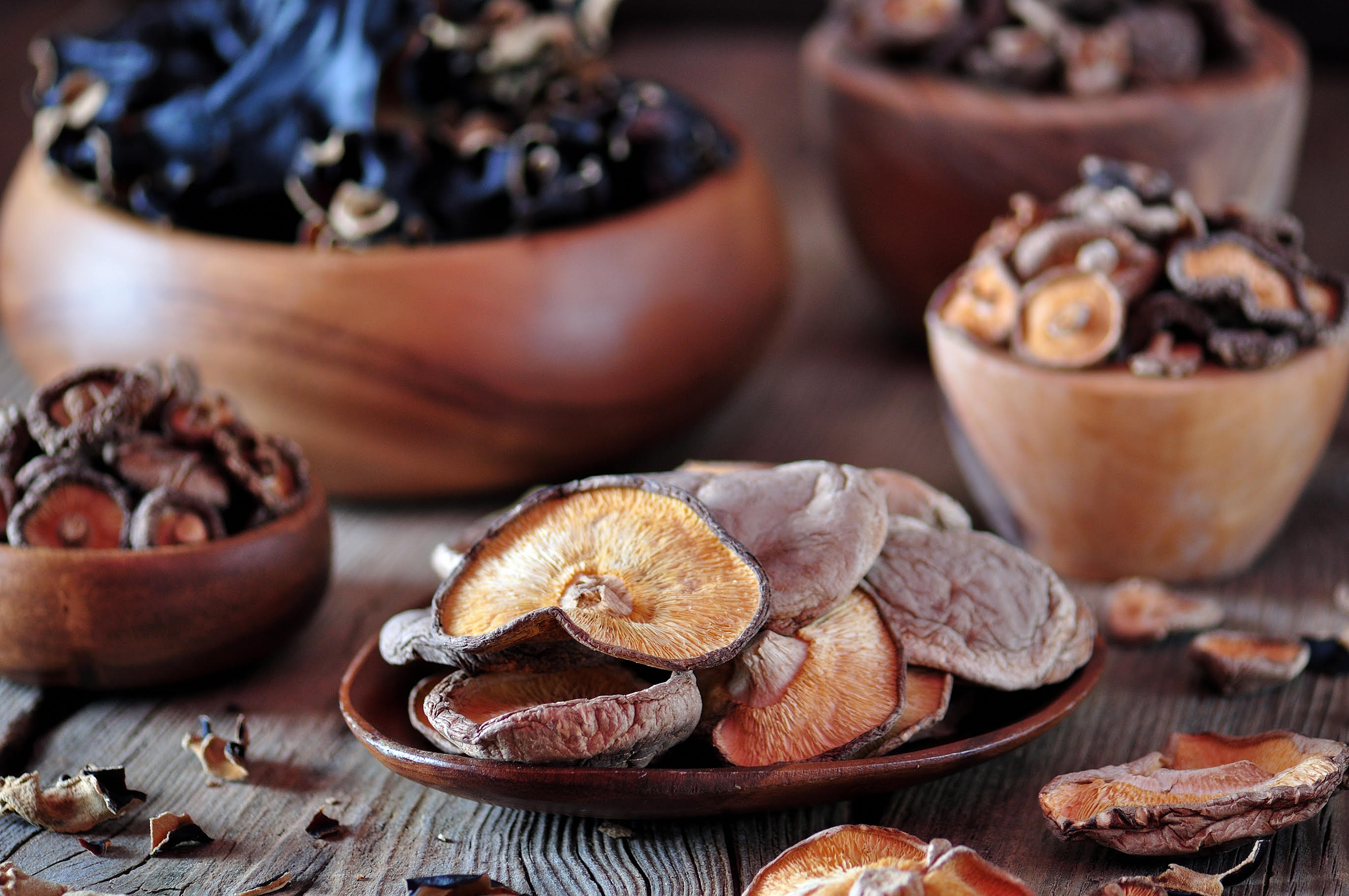 Mushrooms are a unique superfood because they are technically neither a fruit nor a vegetable. In fact, mushrooms aren’t even a plant, but a fungus. However, don’t let that fact put you off, as there are a ton of benefits to eating mushrooms. These benefits aren’t just nutritional, either. Mushrooms have a unique flavor profile that no vegetable can offer, making them an amazing addition to the diets of those that eat plant-based diets or are seeking low-calorie options for weight loss. Even if you don’t fall under either of these categories, you may find yourself seeking out some mushrooms for yourself after reading this article.

This is by no means a comprehensive list, but some of the most common mushrooms you’ll find in grocery stores and restaurants.

White button – These mushrooms are normally the lowest in cost and have a less intense flavor than other types of mushrooms. They are tasty in their cooked or raw form. Raw, they are excellent as a salad topping and when cooked they’re delicious to top on pizzas and added to soups.

Portobello – These mushrooms are denser than white mushrooms and have a bolder flavor. They can also make great meat substitutes (more on that later) due to their tough texture.

Cremini – Also known as baby bellas or just “brown,” these mushrooms are the baby versions of portobellas that just haven’t grown up yet.

Shiitake – Translating to “oak fungus” in Japanese and is native to East Asia. This mushrooms is known as a “medicinal” mushroom in eastern medicine. However, there’s not much solid scientific evidence that they can prevent risk of disease any more than other types of mushrooms. In their fresh form, they have a woody flavor, but a very intense flavor when dried.

Maitake – This mushroom is unique in that it grows in a bunch that looks a lot like a head of lettuce and is sold in clusters. Also going by the name “hen of the wood,” these mushrooms are also regarded as medicinal in east Asia. Some studies have indeed suggested that these mushrooms can help fight cancer and contains an enzyme that may help control blood sugar in diabetics.

Why are mushrooms a superfood?

Whenever people think of antioxidant vitamins, they normally think about Vitamin C. However, mushrooms also contain a nutrient called selenium which is a mineral that is also a powerful antioxidant. Selenium not only helps fight inflammation, but also helps boost the immune system. Additionally, mushrooms can be a great source of Vitamin D making it the only non-animal source of the nutrient. Like humans, mushrooms contain a precursor to Vitamin D in their skin that activates under the sun or any other source of UV light. Therefore, look for UV grown mushrooms in your grocery store.

How can you include mushrooms in your diet?

Mushrooms are not just a pizza or salad topping, but can have a lot of culinary applications. For example, they contain a flavor called “umami” which is our fifth taste receptor after salty, sweet, bitter and sour. The darker the mushroom is, the more umami it contains. That being said, umami is characterized by a brothy or meaty taste sensation, making mushrooms a surprisingly great meat substitute.

You can substitute half of the meat in meat sauces for chopped up creminis, substitute a burger with a grilled portobello mushroom or even use two portobellos as a bun. Given that one whole portobello is only 20 calories, this can be a great choice for those looking for weight loss. For those just looking for a different way to eat them, baking them in the oven (which apparently makes them taste a lot like bacon bits), making curried mushrooms or even making them into meatballs are just a few ideas.

The bottom line? Mushrooms are the forgotten superfood fungus that most people just look over in the produce aisle when searching for healthy food items. However, they can be a great source of nutrients with a plenty of culinary applications for vegans and carnivores alike.