Often Feeling Hungry? You May Just Be Thirsty 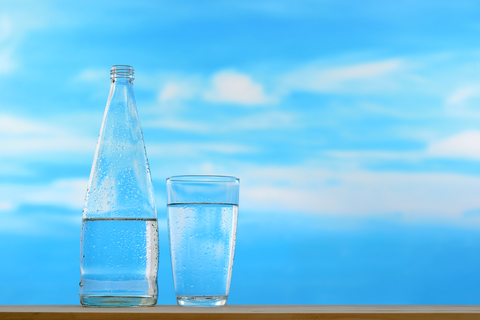 So you’re going through your day and gradually you start feeling a little strange. You’re lightheaded, tired, and can’t concentrate. Sounds like you’re hungry, right? Interestingly enough, these notorious signs of hunger are also signs of dehydration.

Studies have shown that our hunger and thirst cues send very similar signals to our brain, often resulting in misinterpretation. To clarify, many times we think we are hungry, when we are actually thirsty. The problem with this is, it is human nature for us to react rather than stop and ask ourselves if we are interpreting these cues correctly. Thus, we may often end up eating, when we should actually be drinking.

In fact, one study found that people misinterpreted their thirst for hunger 62% of the time. Even more compelling, a study conducted last year found that dehydration was associated with higher weight. Basically, people who weighed more tended to not drink enough water. This could have been due to a number of factors, such as the fact that people who weigh more need more water to stay hydrated than those who weigh less. However, it should be considered that when responding inappropriately to thirst cues on a regular basis even among those of healthy weight, the possibility exists of overeating over time. This, of course, could lead to gradual and unintended weight gain.

So, what can you do to make sure your weight loss goals are not compromised by those pesky and confusing thirst cues? First off, once you have removed the possibility of even mild dehydration from the picture, identifying hunger becomes much easier. Therefore, drinking 64 ounces of fluid a day is a good guideline to follow. This is the standard recommendation and could also include beverages such as tea or milk. Remember to drink more if you are exercising, drinking caffeine and/or increasing your protein intake. More about the importance of hydration here.

Finally, a good tip to remember is that when you think that you’re feeling hunger pangs, try drinking 8-16 ounces of water and waiting 20 minutes. If your hunger subsides, then it’s a safe bet that you were just thirsty. Making this practice a habit can greatly assist you in keeping your eating patterns under control regardless of what your brain is telling you.