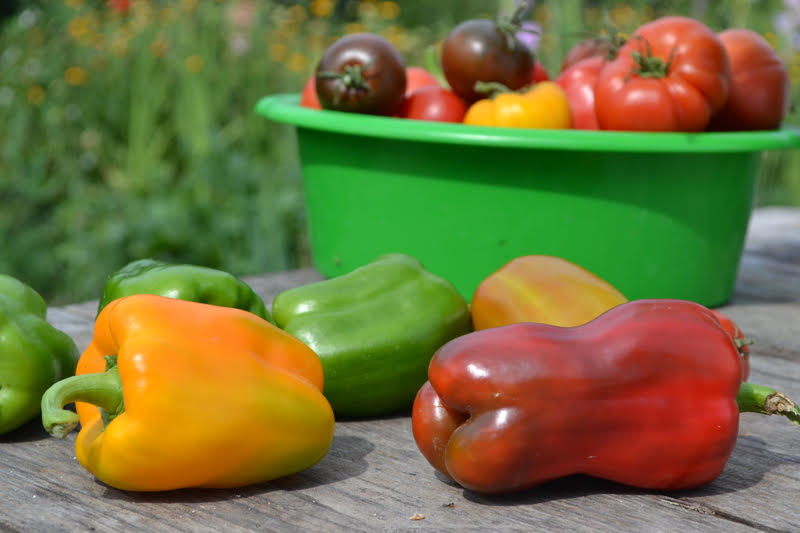 Nightshade is pretty eerie name, but some of the vegetables to whom the name belongs are not nearly as exotic or uncommon as you may think. They comprise of everyday foods such as tomatoes, eggplants, potatoes, goji berries and peppers (including bell peppers, cayenne and paprika). However, there has been a long-standing debate about these vegetables and whether or not to avoid them as many classify them as inflammatory foods. Still, other health professionals actually promote their consumption due to the nutrient density of many of the foods in the nightshade family. So what is the truth?

Nightshades are group of plants from the family called Solanaceae. The name “nightshade” comes from the belief that they grow best in the nighttime, or in the shade, rather than a normal plant that needs sunshine to grow. The name itself sounds pretty intimidating, which does not help the plant’s reputation. Indeed, many people avoid this group of vegetables due to the belief that they cause inflammation in the body. This is because nightshades are a unique group of plants that contain a compound called solanine which is a natural pesticide and many health buffs avoid ingesting any type of pesticide at all costs.

However, solanine is a compound that is poorly absorbed and rapidly excreted in the body. To put it plainly, you would have to eat about 65 potatoes in a single meal to be “poisoned” by this natural pesticide which isn’t likely, even with a ridiculously large appetite. Solanine is most heavily concentrated in the plant’s leaves and, at most, eating those would give you a stomachache. Basically, the amount of solanine in the actual meat of these vegetables is too small have a significant effect.

So now that we have eliminated the possibility of poison, what about the claims that nightshades cause inflammation? Many “anecdotal” reports claim that including nightshades in the diet can exacerbate a variety of inflammatory conditions from inflammatory bowel syndrome to arthritis, but there has been no solid scientific evidence confirming this link. In fact, one study published the Journal of Nutrition in 2011 even found that foods from the nightshade family reduce inflammation in the body. Additionally, adverse reactions to these vegetables are quite rare.

The bottom line: Many vegetables in this group, such as tomatoes and peppers, are actually packed with nutrients and antioxidants. Additionally, these foods are staples in the Mediterranean diet which is considered to be one of the healthiest diets in the world due to its heart health and anti-cancer properties. Despite a somewhat scary name and a bad reputation due to its content of natural pesticides, the general public has nothing to fear from nightshades and are encouraged to reap these vegetables’ nutritional benefits.