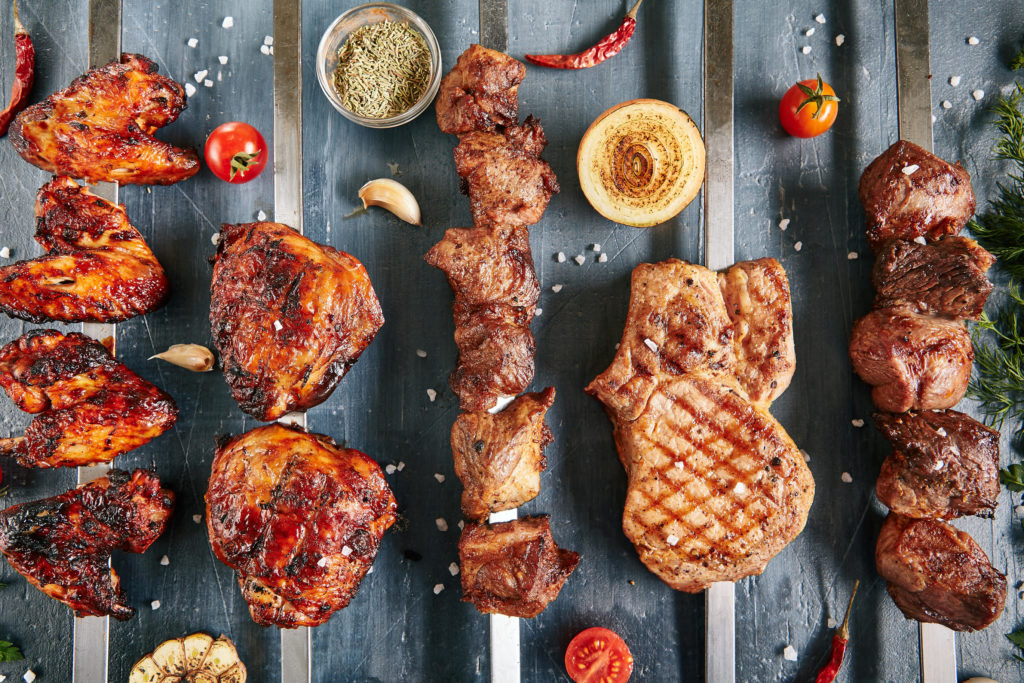 This summer, a study was published in the American Journal of Clinical Nutrition that indicated that eating white meat, such as poultry, will have the exact same effect on your cholesterol level as eating red meat. This calls into question that age-old belief that white meat is better for your heart. The study also concluded that eating vegetarian proteins such as vegetables, legumes, including beans, show the best cholesterol benefit.

However, before you start switching from chicken breasts to T-bones, you should know the structure of this study was very flawed. Yes, they had one group consume white meat while the other study group consumed red meat, but the saturated fat content was equal. Meaning, the white meat group was fed saturated fats from other food sources in order to make their saturated fat consumption equal that of the saturated fat in the red meat group. Basically, no matter the source of protein given, whether from white meat, red meat or other animal fats, the saturated fat content was equal which resulted in higher cholesterol levels. This only confirms what health professionals already knew which is that high amounts of saturated fat results in higher cholesterol and thus a higher risk of heart disease. This study design makes the “conclusion” that white meat and red meat have an equivalent effect on heart health extremely misleading and inaccurate. Turkey breast is far from equal to bacon and salami.

What the study did get correct is that vegetarian proteins show the best heart health benefits. This makes sense, considering that vegetables offer antioxidants, various nutrients and fiber which has long been known to be cardio-protective and help prevent heart disease. This is why dietitians recommend that those with a history of heart disease try to eat a higher proportion of plant-based protein to animal protein.

Our recommendation is that there is absolutely nothing wrong with eating red meat in moderation. In fact, some red meats are even leaner than some white meats. For example, in the grocery store, you can buy 93/7 ground beef (93% lean, 7% fat) and enjoy your beef and it will have less saturated fat than even some ground turkey that may be closer to 80/20. Just be sure to read your labels. Also, in general, many lean cuts of beef and pork such as sirloin tip or round roast for beef or pork tenderloin or loin chop for pork are comparable to some white meats. For example a 3 ounce pork tenderloin has the same amount of saturated fat as a 3 ounce chicken breast.

The bottom line? Saturated fat in excess, and regardless of the source, has been shown to not be the best for your heart health, especially when replaced with unsaturated fats such as those you find from avocados, nuts, seeds and plant protein sources. Not to say that animal products high in saturated fat should never be consumed, but eating seafood and lean sources of poultry, pork and beef more often than not is likely the best course to take when looking out for your heart health.