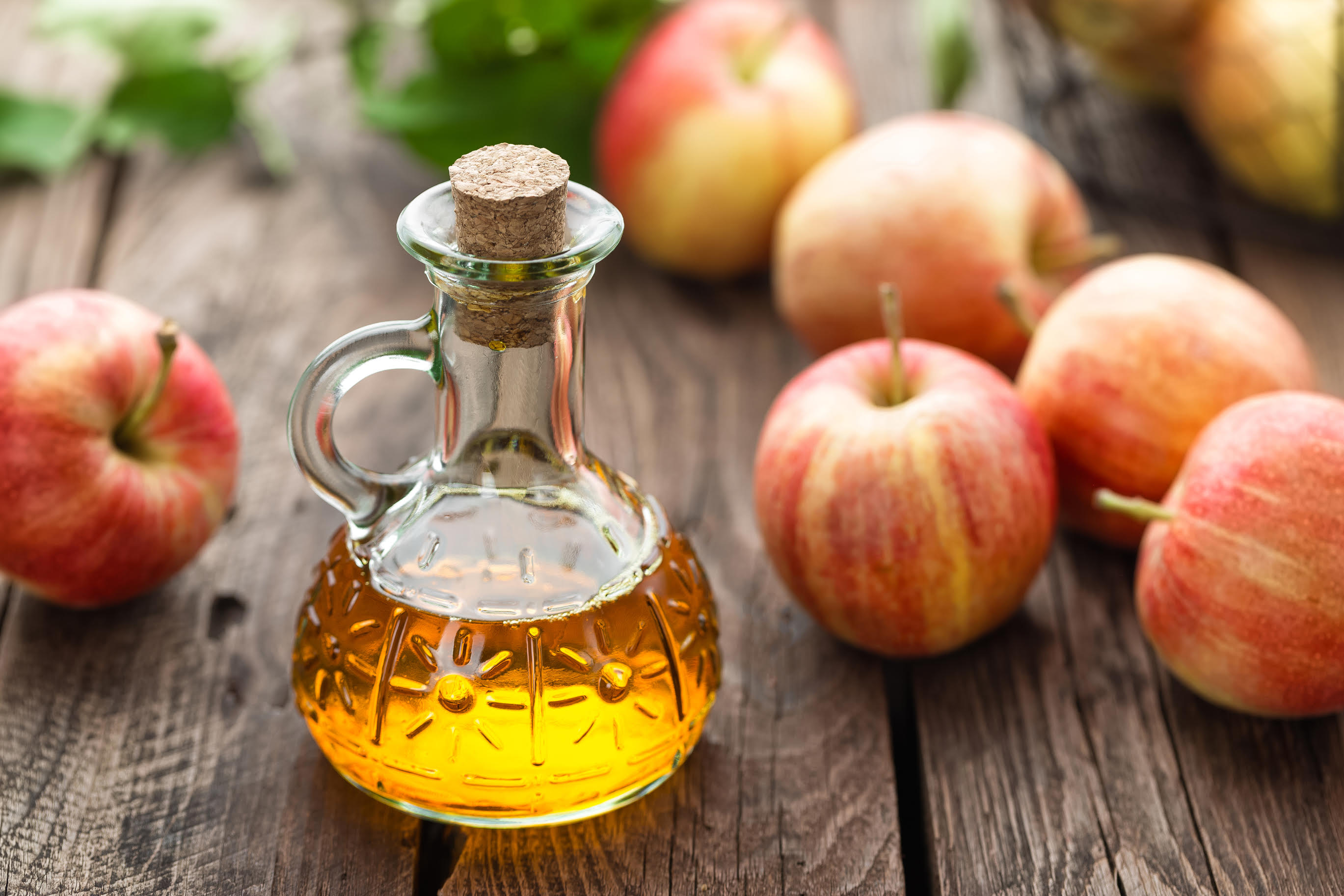 Apple cider vinegar has been used since the B.C. ages of Hippocrates himself to cure infections, treat wounds and cleanse homes. So, like most ancient substances, many have revisited apple cider vinegar as a health tool. There are a variety of health claims surrounding apple cider vinegar, but the one getting the most buzz is weight loss. Many public figures have popularized taking a shot of apple cider vinegar first thing in the morning to supercharge your metabolism for the day. Others dilute a couple of spoonfuls in a glass of water and drink it before each meal for weight loss. However, what’s the real deal with this stuff?

There are tons of health claims that come from daily apple cider vinegar usage, however, only the science behind nutritionally-related ones are explored below:

Burns fat and causes weight loss – This claim all started with a large Japanese study consisting of 175 obese individuals. The subjects drank apple cider vinegar every day for 12 weeks and the results did indeed show increased fat burning and weight loss. However, the subjects that did experience weight loss had loss of about 1 pound a month. So, if you’re okay with having vinegar with your breakfast every day for three months just to lose 3 pounds over the course of 3 months, then apple cider vinegar could be one way to achieve that.

Reduces appetite – A small study found that drinking vinegar could reduce your appetite if consumed on an empty stomach. However, the study also states in its conclusion (the portion likely looked over) that this “appetite-suppressing” effect is likely due to the nausea caused by consuming something so acidic and unpalatable on empty stomach. Do you know what else suppresses your appetite? Food. And it tastes better too.

Controls blood sugar – This is a claim with some actual science behind it, with studies supported by dietitians. Many studies and reviews have found that vinegar consumption can help control blood sugar in those with type 2 diabetes and pre diabetes. The studies showed that glucose uptake by muscle was enhanced by the vinegar ingestion and that the acetic acid in vinegar breaks down starches to slow glucose spikes in the blood. It is worth noting, too, that all vinegars, from plain old white vinegar to better-tasting ones like red wine vinegar, have the acetic acid that can cause this effect. So, apple cider vinegar again isn’t the magic solution.

Is there any downside?

Apple cider vinegar is still an acid and, in large quantities, acetic acid can have toxic effects. YouTube and Instagram stars have popularized taking shots of it every morning, but experts advise against this due to the fact that your esophagus isn’t anatomically designed to withstand all of that acid. This could cause harmful irritation when done on a daily basis. Additionally, apple cider vinegar can have interactions with prescription medication, so if you’re making the choice to try it, you may need to consult your doctor.

How can I use it safely?

Despite all of this, if you still want to give it a try, at least be safe about it. Do not shoot it straight, but dilute it with 8 ounces (or 1 cup) of water for every tablespoon, no more than 2 tablespoons a day. It would also be a good idea to brush your teeth or rinse your mouth afterwards, as the acidic environment in your mouth could cause cavities and wear on your enamel with regular ingestion.

No matter how much noise you hear about something, if anything is sold to you as a “magic bullet” for weight loss, you should be skeptical, cautious and seek the advice of a professional. Research has shown that apple cider vinegar is particularly effective at getting rid of dandruff, curing bad breath and getting the odor out of shoes. However, when it comes to significantly burning fat, there’s no science that supports that effect.