Fitness
Does Having a Six-Pack Define Health? 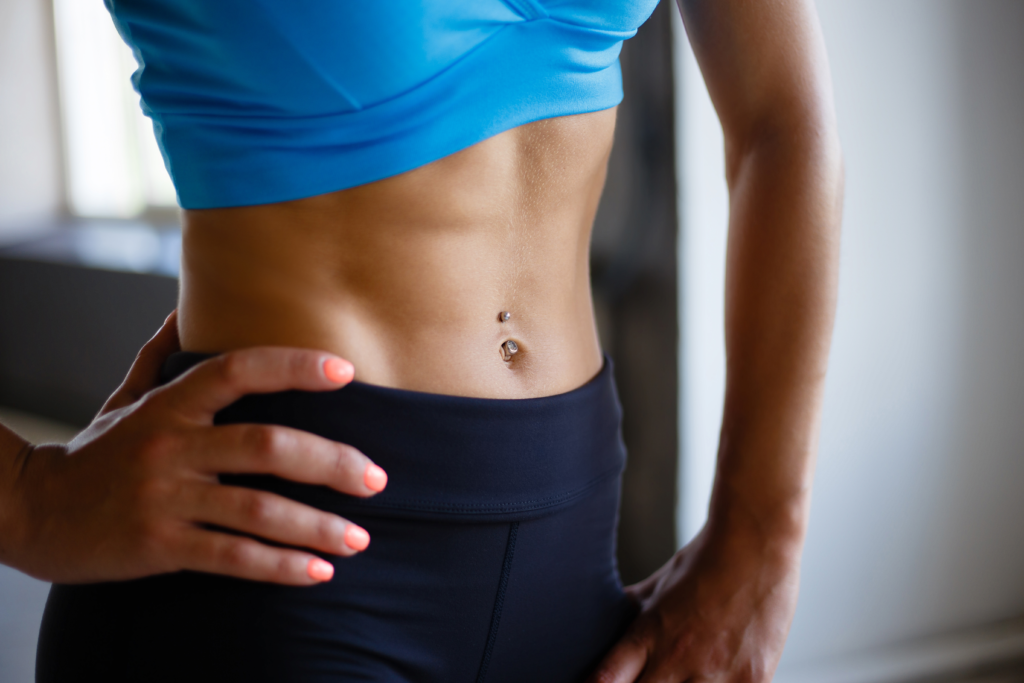 Let’s face it, for some bizarre reason, we as a human race have an obsession with six-pack abs. As a personal trainer, I’d have to say one of the top goals people name whenever I do an initial assessment on clients is that they want to have that coveted six-pack they can show off every chance they get. They are seen as the embodiment of ultimate physical fitness, attractiveness and even health to most people. If a social media influencer is rocking one, it’s hard not to listen to whatever fitness advice they have to say because, for all who have tried to get a six-pack whether successfully or unsuccessfully, they can tell you that it takes a lot of hard work. However, having a six-pack may not be the pinnacle of physical success that you think it is. Here’s why.

One important thing to recognize about the good ol’ six pack abs is that they are just that — abs. Say you do nothing in the gym all week long but train abs. No legs, no arms, no back. You are so committed to having that six-pack that you are just going to funnel all of your gym efforts into those crunches. Well, there are some people that actually do this — and it’s a problem. For one, you aren’t building any overall body strength. Sure, your abs look great, but overall your body isn’t strong and you likely don’t have the muscle mass you could potentially have. More overall muscle mass means a slightly higher metabolism, more strength and higher physical fitness. Finally, simply training for washboard abs likely doesn’t include any sort of cardio, meaning that you aren’t conditioned for cardiorespiratory fitness. Translation? Even if someone has a six-pack, they probably couldn’t go up a flight of stairs without being out of breath when walking with someone without a six-pack who does cardio regularly. Not exactly what you’d call “in shape” even with a flat tummy.

You Can Have a Six-Pack and Still Be Unhealthy

Let’s be brutally honest. Abs aren’t made in the gym; they’re made in the kitchen. If you aren’t in a calorie deficit to lose the fat that may be covering up those muscles in your midsection, you can do sit ups until you pass out, but you won’t see any abs any time soon. Here’s the rub, though: don’t think because you see someone with a six-pack that their diet is picture-perfect either. This has even happened to me, someone who has a very toned midsection, in that I got that midsection and just started eating whatever I wanted. Let’s look at this scenario. Someone is a former athlete who had mandated training to get their six-pack. Then, they quit their sport and now survive exclusively off of Oreos and Taco Bell. Well, as long as they are eating less calories than they are burning, they aren’t going to gain any fat. So, they keep their six-pack to make people jealous with at the beach. However, does this mean that a diet of oreos and taco bell is healthy? I mean, they still have a six-pack, right? I think the answer to that is obvious, which brings me to my point. Someone with a six-pack could still have a diet that’s downright terrible for their health, whereas someone without rock hard abs could have a balanced diet and have more energy, be stronger in the gym and have a lower risk for chronic disease. At the end of the day, that’s what really matters.

To have a visible six-pack, most menys need to get down to 10% body fat and women need to be around 20%. To get to a body fat percentage this low usually requires a lot of discipline in both eating less and working out a lot. As mentioned, six-packs have become somewhat of an obsession in our society, so it’s not difficult to go to extremes in order to get one. This can negatively impact mental health and result in a relationship with food that is not good. So, someone you see with a six-pack may be smiling on the outside, but struggling with fear of food or a negative body image on the inside.

Having a six-pack is something nearly everyone yearns for. However, as a dietitian and a trainer, it’s something that I really don’t like placing focus or emphasis on in my goals to get people healthy both in their minds and body. It’s absolutely possible to have all of these things at once: a six-pack, a physically fit body and a nutritious balanced diet. However, it’s important to recognize that just because someone has a six-pack does not automatically mean they are healthy or fit. At the end of the day, looking good in your swimwear is nice, but it’s a fleeting goal. Our focus when it comes to fitness and nutrition is being in good shape, having overall body strength and a healthy relationship with food.