Can You Build Muscle with Yoga? 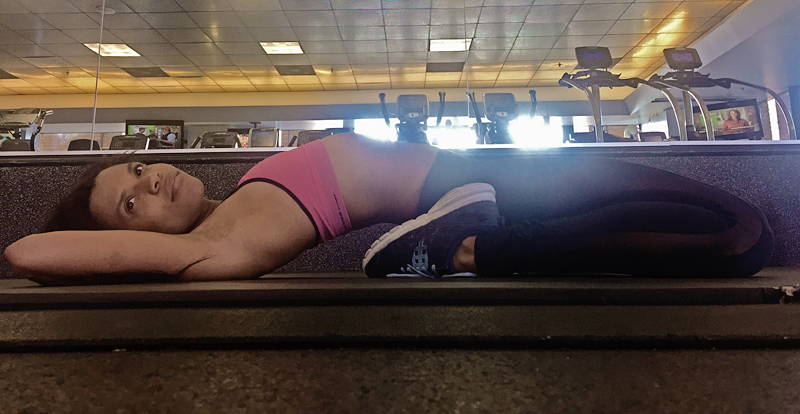 As a personal trainer, I know well that there are many methods to reach fitness goals whether it be losing weight or gaining muscle. However, when it comes to gaining muscle, is lifting barbells and pressing weights the only way to go? Yoga is another mainstream form of exercise that requires a sometimes tremendous amount of strength to accomplish and maintain the body in certain poses. Pretty much any regular yogi could attest that having strong muscles can come in handy during even the most basic vinyasa flow. However, how effective is yoga as a method of muscle building and growth?

Research has shown, especially in women, that yoga can cause some enhancements in muscle growth in the lower body. However, there was no evidence in these or other studies of significant muscle growth in any other areas. A good assumption for the cause of growth in the lower body only, could be women’s tendency to grow more muscle in the legs with any form of resistance activity due to a higher concentration of fast-twitch muscle fibers.

There has been additional research that has shown that the prolonged stretching associated with yoga poses allows the muscles to be more elastic and active and therefore more efficient during other forms of strength training. Thereby, yoga was concluded to be an indirect contributor to muscle growth.

What we do know is that yoga builds flexibility, balance and strength. Yoga has been shown to build significant amounts of strength in both men and women with regular practice due to the demands of holding one’s body weight for extended periods of time in physically demanding poses and stances. With regular practice, not only does this build strength in the body, but allows the muscles to perform better at an endurance level. Power yoga is particularly more effective at challenging the muscles than a more relaxed style of yoga that focuses mostly on breathing and flows.

All of this being said, the vital principles of optimal fitness include strength, endurance, power, flexibility and balance. Unfortunately, the latter two are woefully neglected in the mainstream fitness world despite their importance which is probably why even some of the beefiest men have trouble with yoga. It should be noted that, without proper flexibility, it’s difficult to execute good exercises such as the pistol squat. And without good balance, performing a one-legged deadlift is pretty much impossible.

The bottom line: Yoga can definitely be added into your fitness program due to its many benefits, but isn’t efficient enough to be considered as one’s sole method of muscle building. However, if you are looking to grow muscles, incorporating yoga with your weight training can definitely make your workouts more effective.