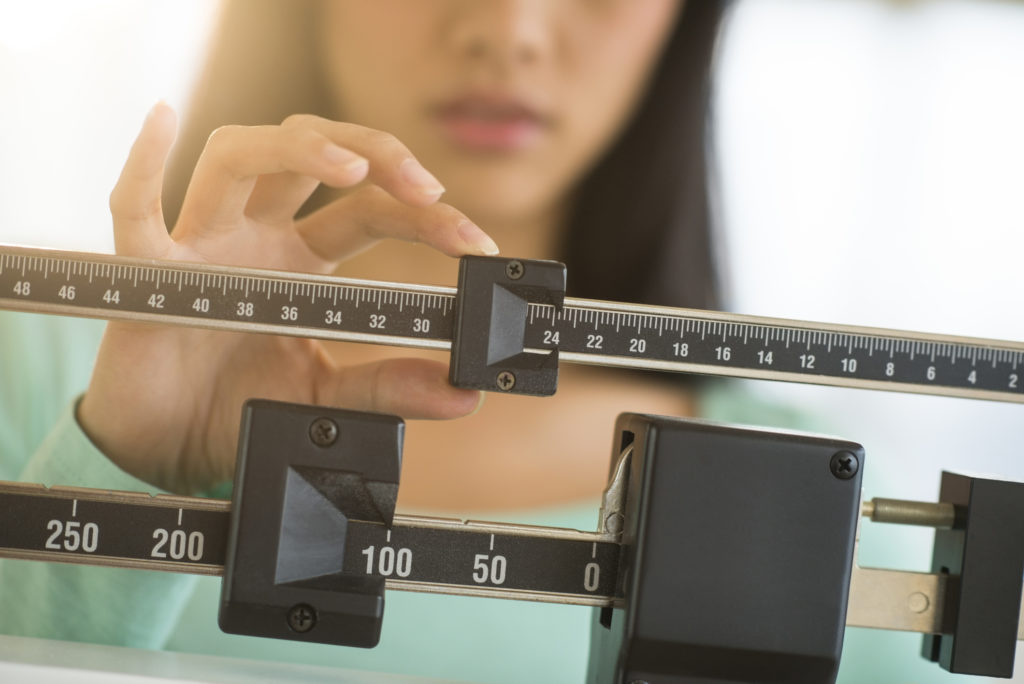 Let me offer an explanation to your weight loss plateau with one example: the Minnesota Starvation Experiment. In World War II, 38 soldiers voluntarily underwent a “starvation” diet that consisted of only 1,500 calories a day for 6 months along with their usual rigorous military training. The purpose was to study the effects of starvation on the body and mind and how it could be fixed, especially among soldiers who often went long periods of time without sufficient food.

In the beginning, things were coasting along as one would expect. The men all lost about 2 pounds each week, but after a few weeks, weight loss became very inconsistent. It would stall and then suddenly the men would lose a dramatic amount of weight overnight. What was happening? Well, during the so-called “plateau” the subjects were indeed dropping fat, but their weight wasn’t changing because the more fat they lost, the more water they retained. However, when a 2,300 calorie meal was served to celebrate the study being halfway over, nearly all of them got up several times in the middle of the night to urinate. In the morning, voila, they had dropped 2-3 pounds overnight.

So how in the world did that happen? This is because a hormone called cortisol is high during long periods of calorie deficit and cortisol causes the body to retain water. However, when the body is properly fed, cortisol is lowered causing the body to expel water. These subjects’ bodies were likely in a very deep negative calorie balance due to their low caloric intake and high physical activity. However, for months prior to the big feast, all of them were at a weight loss plateau. This may sound familiar to many people out there who are busting their butts in the gym and certain that they are eating less calories than they are burning. If this is you, the solution to your plateau may be as simple as one thing: eating!

If an individual overdoes it in the gym and in the kitchen with their weight loss efforts, the body begins to shut down. What do I mean by that? Well, the men in this experiment may have lost about 25% of their body weight by the end of the study, but they also experienced poor sleep, irritability, and low sex drive. The most notable side effect, however, was an extreme loss of muscle which resulted in a lower basal metabolic rate. Water retention is one thing that may be keeping you from losing weight, but a slower metabolism is another drastic setback that can hinder your weight loss efforts in the long run. To avoid all of these nasty traps, here are some recommendations:

The bottom line? Being committed to controlling your food intake and keeping consistency with your exercise is a wonderful practice that you definitely want to keep when striving to lose weight. However, as you can see, starving yourself and overtraining can actually make things worse if you overdo it.