5 Things To Know About Sprouted Bread 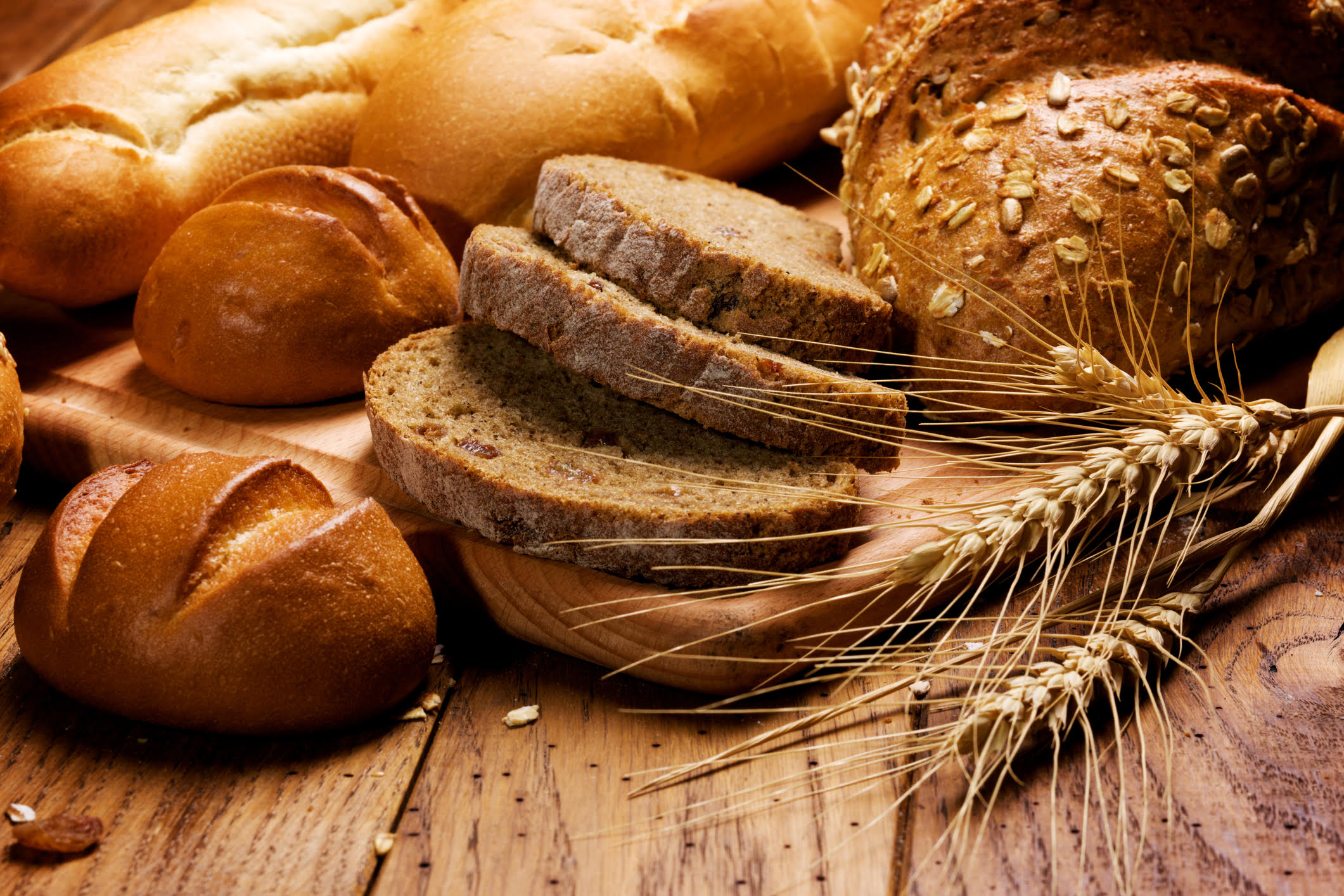 What is sprouted bread and why is everyone talking about it? There’s been a lot of talk about these sprouted, “live” grains and what benefits they have that your normal, run-of-the-mill bread may not be able to offer. Well, here’s five things you should know about sprouted bread:

1.) It’s grown differently than regular bread. Typical breads are made from regular grains that are planted normally: a seed is put into the ground to grow into whole wheat which is later ground into flour to make bread. The method to making sprouted bread is like an abbreviated version of this process. Basically, the grain seeds are soaked and rinsed in water for several days until they start to “sprout” into little grain plants.

2.) The sprouting process increases its nutritional power. During the sprouting, the seed digests some of the carbohydrate in the shell for energy which results in a product slightly lower in starch. The claim is that this process also results in a vitamin B and C content higher than in regular bread. Additionally, these vitamins are more bioavailable, or easily absorbed, than in regular bread.

3.) It’s still not gluten-free, but may be great for the gluten sensitive. Although sprouted bread does not contain flour, it is not gluten-free as it still contains wheat. It may also contain barley and rye which are grains that also contain gluten. However, sprouted grains still have all of the genetic information needed to turn the seed into a plant and when that information is triggered, it enhances the digestive enzyme activity of the grain. This results in the grains becoming somewhat “pre-digested” and much easier on the stomach to digest which is good news for those with gluten sensitivity. It is also the reason nutrients are more bioavailable.

4.) It has a lower glycemic index than other common breads. According to Harvard Medical School, the glycemic index of sprouted bread is only 38 (the highest being 100) due to a slightly lower starch content, while the index of whole wheat bread is 51 and the index of white bread is 75. The lower glycemic load is due to a higher fiber which is great for heart health and managing blood sugar and hunger. Higher fiber foods help prevent insulin spikes as well as helping us stay fuller longer to manage our hunger.

5.) More protein! Many sprouted breads are also made with legumes such as lentils. This is good news for vegetarians and vegans who can benefit from a protein source with a wider amino acid profile. Additionally, including more protein in our diet is another tool to keep us full and satisfied while offering a natural way to keep our metabolism going strong.

The bottom line? Sprouted bread is definitely good for you just like wheat bread. They both also offer a good amount of fiber. However, it’s important to know that it still contains 15 grams of carbohydrate per serving. You should also know the true nutritional benefits that are so loudly advertised in sprouted bread are optimal from eating the sprouted grain itself, but are slightly muted after the grains have been heated and processed into bread, tortillas or other products. Basically, both sprouted and wheat bread are healthier alternatives to options made from refined grains.